Background: Polymethylmethacrylate (PMMA) has been used as an injectable filler to treat hollows and reduce rhytids. PMMA injections have been associated with several side effects, however, the literature is scarce on periorbital complications and their treatments. Objectives: The purpose of this study is to report a series of complications after periorbital PMMA injections to the midface and to describe their management.

Methods: Retrospective chart review, including photography and histopathology when available. Results: The authors identified 11 cases of complications of PMMA injections to the midface. Patient ages ranged from 36 to 62 years (mean, 47 years; median, 44 years). Two (18%) were males and 9 (82%) were females. Adverse effects began between 2 to 24 months after injection (mean, 7.2 months; median, 6 months). All patients had edema, erythema, and contour irregularity. Seven (64%) patients had nodules, 4 (36%) had yellow, xanthomatous skin changes, and 2 (18%) had eyelid malposition. Histopathology demonstrated a giant cell inflammation in 5 of 6 cases. Corticosteroid injection was tried in 6 cases but was associated with minimal clinical improvement. Surgical debulking of the implanted material was performed in 9 (82%) cases and was effective in improving edema, erythema, and nodularity.

Injectable fillers are increasingly popular alternatives to incisional aesthetic surgery to reduce facial rhytids. Alloplastic fillers may be classified as temporary or permanent. Hyaluronic acid (HA) is commonly administered as a temporary filler that slowly disappears through enzymatic degradation. Permanent fillers include hydroxy-apatite (Radiesse, Merz, Raleigh, NC) and polymethyl-methacrylate (PMMA), among others.1-3 PMMA is a rigid, transparent and colorless, thermoplastic material. Polymerized PMMA microspheres are purified with diameter greater than 20 μm and may be favored as injectable facial fillers for the low cost, accessibility, and potential to achieve lasting results. 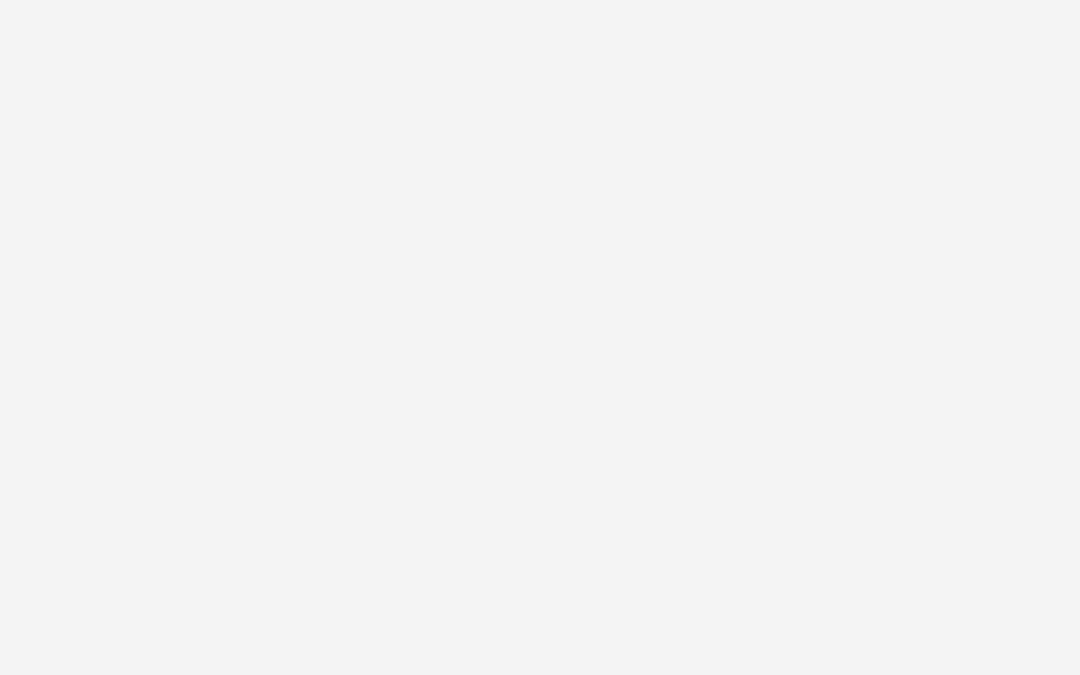 Figure 1. (A) A 56-year-old man presented with malar bags and persistent edema 18 months after PMMA injection to the nasojugal and palpebromalar grooves. (B) Postoperative appearance 3 months after debulking of the material and a midface lift.

Complications of fillers may be seen early after injection or late. Weeks to months after injection, massage may be effective for contour irregularity. Inflammation may respond to corticosteroids or other anti-inflammatory treatment. HA can be reversed with enzymatic agents (eg, hyaluronidase) or managed expectantly. Treatment options may be fewer and more complex for the adverse effects of permanent fillers.4,5 Contour irregularities, color changes, and nodularity after injection may be more evident in the periocular region due to thin skin and intricate orbitofacial contours.6 Additionally, mechanical and cicatricial vectors after fillers may induce eyelid malposition. Inflammation and edema are other sequelae that may be difficult to manage in this highly visible zone.2,7-12 PMMA injections have been associated with several side effects, however the literature is scarce on periorbital complications and their treatment.4,5,7-11. The purpose of this paper is to report complications of PMMA injection to the midface and to describe the treatment.

Retrospective chart review, including photographs and histopathology when available, of consecutive patients with PMMA injection complications presenting between January 2012 and October 2014. This study was Institutional Review Board approved at the Federal University of Goiás, Goiânia-Goiás, Brazil. Subjective and objective findings on presentation, and after treatment, were extracted from the charts. The patient and treating surgeon in each case reported the subjective measures.

The authors identified 11 cases of complications of PMMA injections to the midface. Patient ages ranged from 36 to 62 years (mean, 47 years; median, 44 years). Two (18%) were males and 9 (82%) were females. Adverse effects began between 2 to 24 months after injection (mean, 7.2 months; median, 6 months). All patients had edema, erythema, and contour irregularity. Seven (64%) patients had nodules, 4 (36%) had yellow, xanthomatous skin changes, and 2 (18%) had eyelid malposition. Histopathology demonstrated a giant cell inflammation in 5 of 6 cases. Corticosteroid injection was tried in 6 cases but was associated with minimal clinical improvement. Surgical debulking of the implanted material was performed in 9 (82%) cases and was effective in improving edema, erythema, and nodularity. Detailed information about each of the 11 cases is available online as Supplementary Material (Figure 1 and Supplementary Figures 1-4). An intraoperative video of one case may also be viewed as Supplementary Material at www. aestheticsurgeryjournal.com.

Dermal fillers are increasingly popular and many synthetic polymers have emerged.2 The midface zone– namely the palpebromalar and nasojugal grooves–offers aesthetic rejuvenation targets for these injectable devices. However, there exist serious risks with injection to the periocular region. Vascular occlusions after facial fillers have been well described and even blindness is a risk. This series demonstrates other sequelae including edema, erythema, fibrosis, eyelid malposition, nodular irregularity, skin discoloration, and granulomatous inflammation. Many of these adverse effects have been previously described and may relate to the type of injectable. Hyaluronic acid (HA) has been used extensively in the midface. Given in small amounts to the supraperiosteal space, HA has been associated with high patient satisfaction and a low incidence of serious complications.13-15 Goldberg et al report a 2% incidence of malar edema after injection of HA in the periorbital region; in 244 patients.15 One major benefit of HA is that it can be easily dissolved with hyaluronidase if there is an undesired or adverse effect. The duration of action averages 6 months with a residual effect lasting up to 2 to 3 years therefore the primary limitation of HA is short longevity.15 For the potentially longer lasting results, many have tried non-biodegradable alloplastic fillers. PMMA has been described as a permanent, biocompatible, non-toxic, nonsensitizing, and non-migratory material.16 As an injectable dermal filler, PMMA is formulated into micro-spheres and has been given pure or suspended in a collagen solution. This case series demonstrates that pure PMMA microsphere injection in the periorbital tissues may be associated with various complications and side effects. Chiefly, a granulomatous inflammatory, giant cell reaction with phagocytosis of PMMA particles may occur. Grossly, there was commonly a hardening of the local tissues, edema, erythema, and formation of nodules. The authors describe for the first time, to their knowledge, yellow, xanthomatous discoloration of the skin as an additional side effect of PMMA injection in 4 cases (Supplementary Figures 1-4). The other side effects of PMMA injection have been previously described. Park et al reported 13 cases of complications following facial filling with PMMA.10 Complications were classified as nodular masses, inflammation, allergies and skin hypopigmentation. The most affected sides were the lips (46%), followed by periocular, nasolabial folds, forehead, and cheeks.4,5,7-11,17-23 The incidence is uncertain, although the German Injectable Filler Safety Study (IFS) associated PMMA fillers with a high complication rate.2 Among the 56 patients studied, six (10.7%) had problems after filling with PMMA suspended in collagen (Artecol, Artes Medical Inc., San Diego, CA) including nodules (66.7%) and inflammation (33.3% erythema and swelling 19%). Further research is necessary to clarify the frequency of adverse effects and overall safety and efficacy of PMMA as a facial filler, especially compared to other materials.1,17-21 The histopathology data herein may provide some insights to the behavior of PMMA injected to the midface. Five of six specimens revealed a foreign body type chronic granulomatous reaction with giant cells encasing the injected PMMA (Supplementary Figure 1C). These findings corroborate Carpaneda et al, who describe 58 of 63 patients developing a late type inflammatory reaction, 6 months after injection of PMMA throughout the body.7 PMMA microsphere size may be an important variable in the pathophysiology. First-generation PMMA fillers produced foreign body granulomas, possibly due to the small particle size (less than 20 μm). Lamperle et al postulate that larger PMMA microspheres (30 to 50 μm) may resist phagocytosis.5 However, Wiest et al demonstrated that a giant cell reaction still occurs with larger PMMA microspheres. However, a confounding variable in the latter study is the actual microsphere size correlated poorly to the manufacturer-specified size.24 Further investigation may clarify the influence of microsphere size on adverse effects.

The behavior of PMMA injected to the face and the factors that lead to complications may be incompletely understood. However, the above cases and literature suggest PMMA may have some undesirable effects in the eyelids and periocular region. The study has several limitations. First, it is retrospective in nature and includes a small number of heterogeneous patients and no control. In addition, the data was incomplete in several cases, including one lost to follow-up, and the aesthetic outcome measures were largely subjective.

PMMA injection to the periocular region may be associated with giant cell inflammation, fibrotic nodules, yellowing of the skin, and eyelid malposition. The best treatment for these PMMA injection complications remains uncertain. Corticosteroid injection may have limited efficacy while surgical debulking may be beneficial. Further investigation may clarify the best treatment protocols for side effects of PMMA injections to the midface.

Disclosures The authors declared no potential conflicts of interest with respect to the research, authorship, and publication of this article.

Funding The authors received no financial support for the research, authorship, and publication of this article.